How do you create a top-of-mind brand and drive sales through the roof? For sweets maker Lutti we did it with a fun TV campaign round The Masked Singer, a well-timed action, a popup online shop and an irresistible always-on strategy. Like to get a taste?

Timing is everything. A fun TV show like The Masked Singer, which attracted a huge audience with crooning monsters, looked like a unique opportunity to improve Lutti’s brand awareness and visibility. So we gave the existing TV commercial featuring the Lutti monsters an extra twist and programmed it as a primetime sponsor’s advert of the smash-hit show.

In Flanders the commercial runs on VTM. In Wallonia it was on TF1. That’s a French channel, but it’s popular in French-speaking Belgium and The Masked Singer is one of its shows. The commercial was only shown to the Belgian audience, though, as France is not our target market. 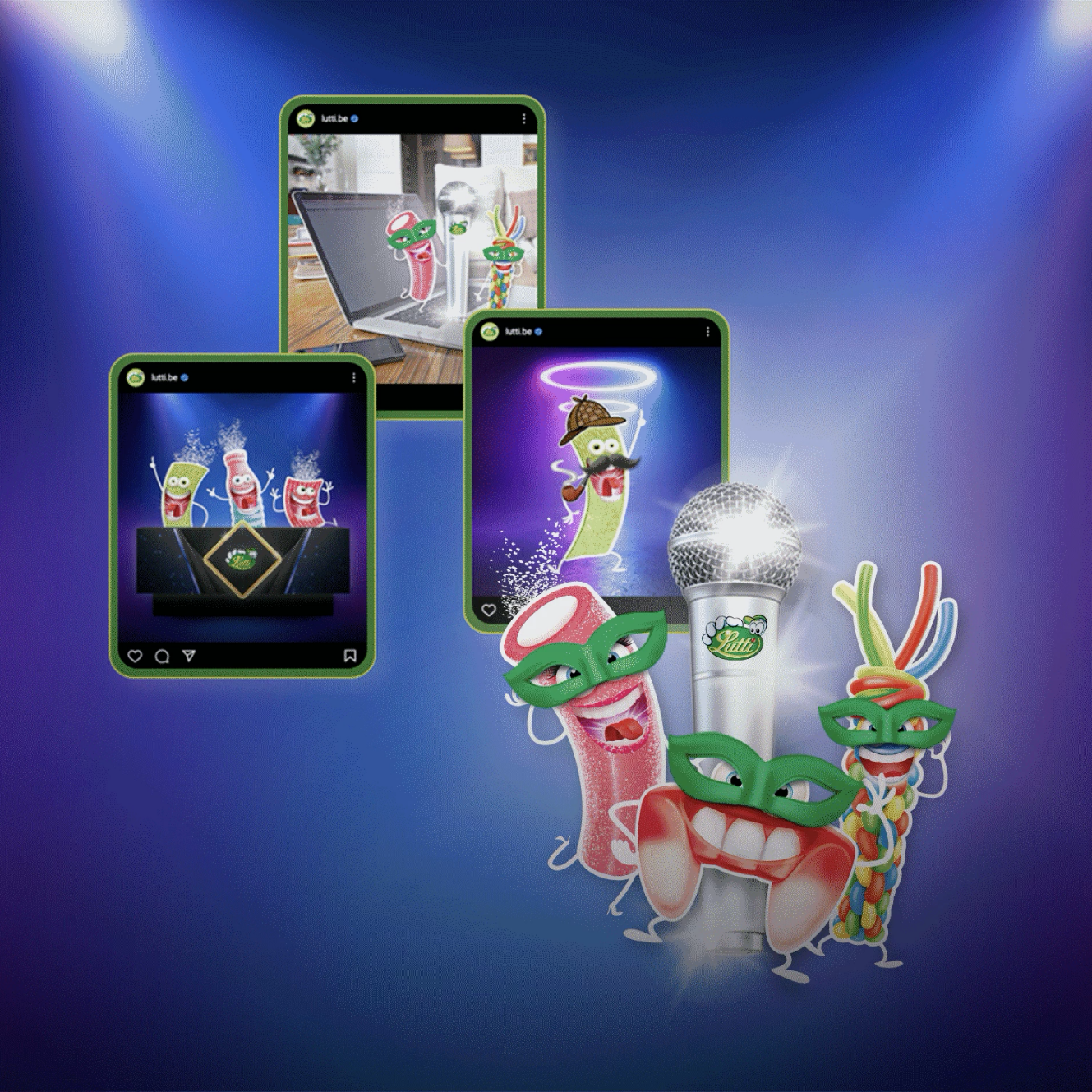 We temporarily restyled the always-on online marketing campaign specially for the sponsorship of The Masked Singer. The campaign earns Lutti likes and follows on Instagram, Facebook and TikTok all year round. Our digital marketers created posts and stories that played in on what could be seen on the popular TV show. As teaser we settled on ‘Unmask your little Lutti monster’, which made life luttiful on the social for a whopping 10 weeks.

To capitalise fully on the heightened media interest during The Masked Singer’s run, at the same time we launched an original promotional campaign: everyone who bought a sweet selection at Lutti’s new online store received a limited-edition sweet bowl. The popup shop was very user-friendly. You just had to choose one of the three sweet bowls (small, medium or large), select the quantity, drop it into your shopping basket and pay at the secure checkout. Like taking candy from a baby! 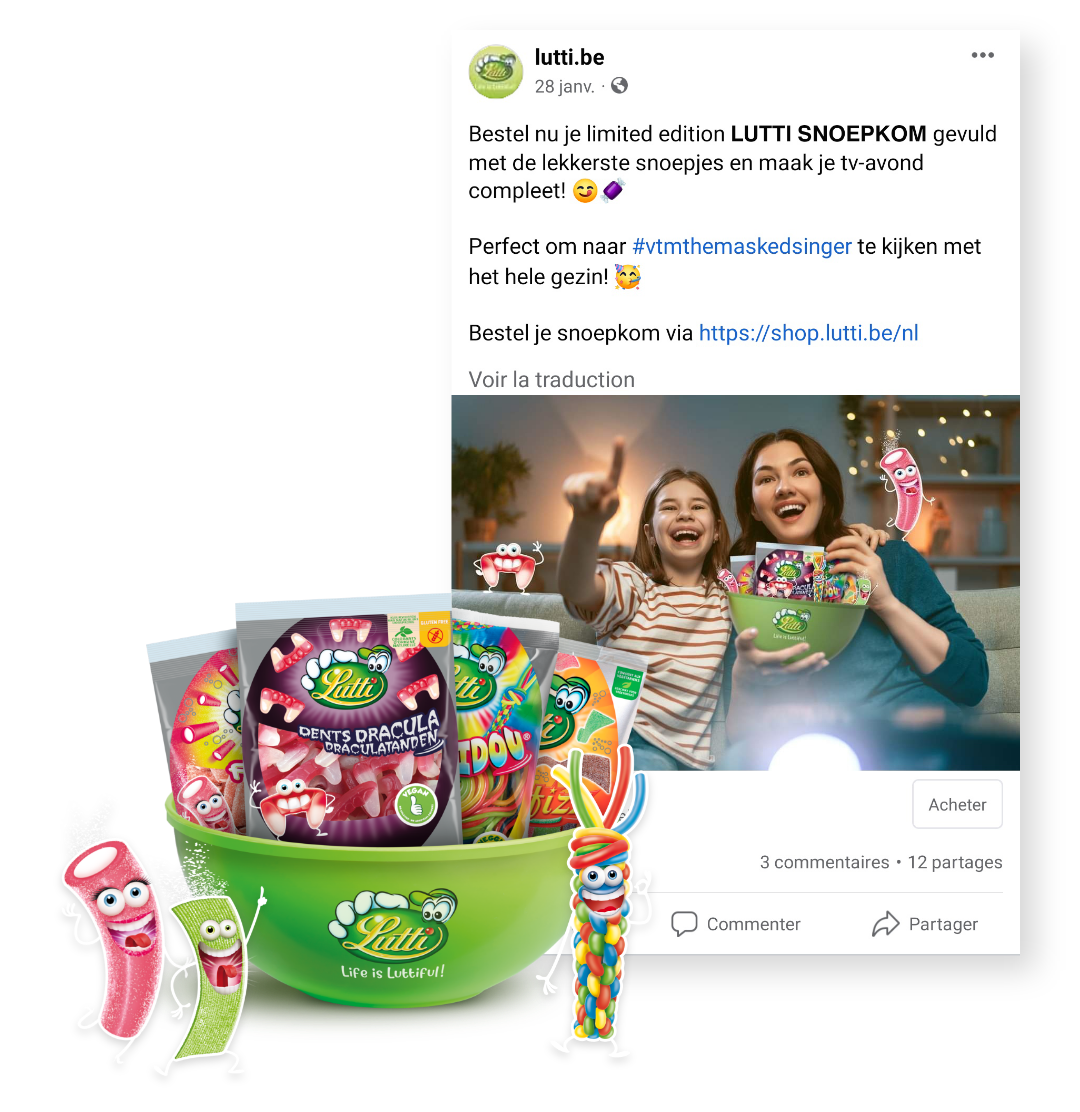 To boost traffic to the website for the launch of the sweet bowl offer we placed a promotional banner on the Lutti.be homepage and blitzed Lutti’s social media channels. Our online marketers created posts and product carrousels on Instagram and Facebook pointing up how unmissable the Lutti sweet bowl was for a cosy TV evening. We also set up a remarketing campaign to catch anyone who had not immediately rushed to buy a sweet bowl.

So how did we do? Sold out!

The campaign promotion on social media and the extra branding around The Masked Singer enticed a huge number of Lutti lovers to the online store. It was such an overwhelming success that the first run of sweet bowls sold out in no time and the remarketing campaign had to be stopped. But... Everyone who registered their email address in the online shop will soon be hearing about what Lutti has in store next. Watch this space. 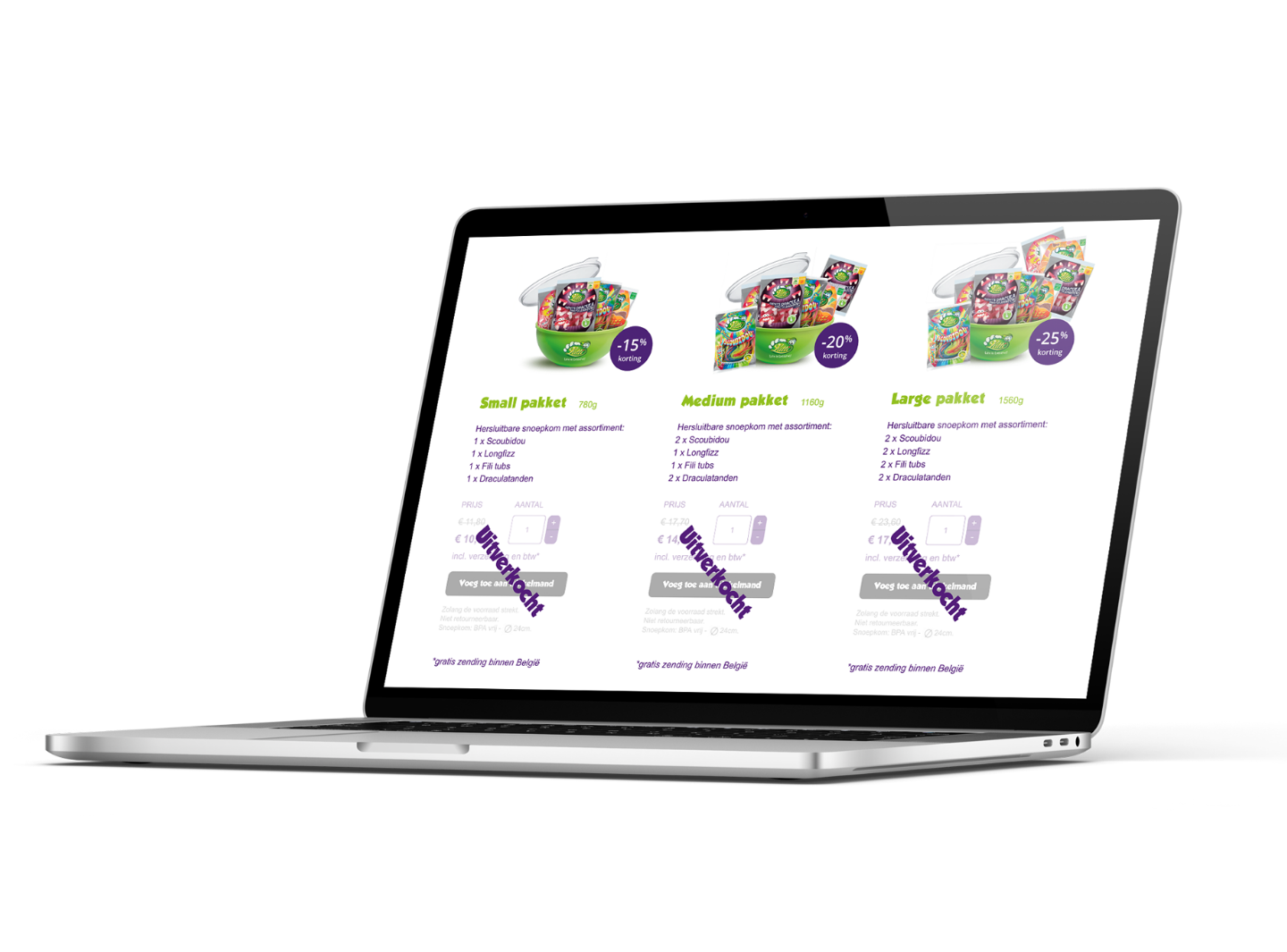